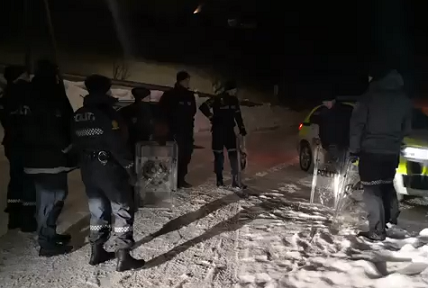 Norwegian Police showed the world their fun side by taking part in a cheeky downhill race using their riot shields as sledges.

Officers from Heimdal and Trondheim took part in the impromptu race – and then took to Social Media to share the amazing footage.

“The everyday life of the police is often characterised by seriousness,” Heimdal Police wrote in a Facebook post, adding that the race was held on a “q” night.

“Therefore, it is important to occasionally loosen the tie a little, disconnect and have some fun.”

The video has been viewed on Facebook more than 56,000 times at the time of writing.