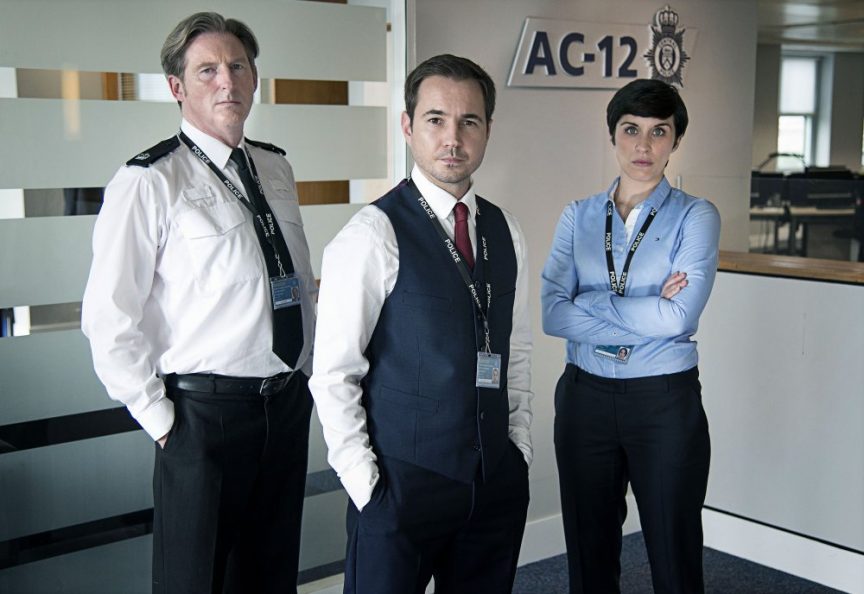 So you thought Line of Duty was far-fetched? Well, you were WRONG!

Criminals have had it easy for years. If you want to know how to pull off the perfect crime, just watch Luther, Line of Duty or any of the million other cop shows that tell you, in exact scientific detail, how the police are going to investigate.

But, exactly how much of it is bonafide? Real detectives certainly don't run headlong into any fight without backup. They can't really trace your call by keeping you talking for 30 seconds, can they? They don't have big breakthroughs every night in the mortuary... at least, that's what we thought.

Helping DigitalSpy debunk the clichés is former Detective Chief Inspector Colin Sutton. Having served for 30 years in three different forces – including time as the Head of Intelligence for West Yorkshire Police – he has worked on 56 separate murder investigations, his cases including Levi Bellfield, the man who killed Milly Dowler, and Delroy Grant, the infamous 'Nightstalker' serial rapist.

First up, a classic – the idea that the best detectives work alone. Usually following a heavily armed bad guy to an abandoned factory/quarry/building site, the lone-wolf cop doesn't have any choice but to rush in on their own because they haven't got time for backup, dammit!

"Yeah, that happens," chuckles Sutton. "If there's no backup there then coppers will tend to run in on their own, for sure. The reality is that they'll generally tell someone about it though. The classic cliché thing where you've got someone ploughing a lone furrow does happen, a lot, but they never seem to tell anyone what they're doing. That's wrong."

Sutton says TV has it pretty much spot-on when it comes to individual acts of mad heroics – as long as whatever they're doing is still within the law. Sort of.

"My son's a PC in London now and we've had 'the conversation' about it. There's an old rule of thumb that someone told me when I was a young DI on my first murder… they said, 'If you have to get a piece of evidence by unlawful means, then you've still got that piece of evidence and the court might let it in. If you don't do it, you won't get the evidence and the court will never know about it.' I'm not sure how true that still is, and I'm not sure too many police officers now would want to risk their careers, but it definitely always used to be the case." 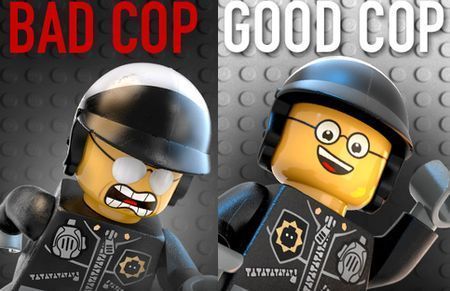 We've all seen it: one detective acts all chummy before swapping with an angry bulldog in a loosened tie who starts throwing chairs around the room. Surely that's a load of guff?

"I have to say there is a degree of truth in the good cop, bad cop routine," laughs Sutton. "Maybe not in the kind of timeframe that you usually see on TV though, where it's done virtually within the same interview, in the same scene.

"How it works in practice is when one detective has had a, shall we say 'confrontational' interview, it's a common tactic to give the next one to somebody different – who will deliberately take a much softer line. So it's not quite as obvious as it is on TV but that tactic is used – and often quite effectively."

Does that mean the "confrontational interview" also starts with someone making a big show of switching off the tape recorder (so Batman can come in from the shadows)?

"No that doesn't happen." Phew. "Not these days anyway... Anybody who's being interviewed for anything half-decent has a solicitor sitting next to them now, so it couldn't happen. The only times it really happens now is where the suspect wants to say something off the record – quite often because they don't want to be seen as a grass."

If you're a creepy serial killer you're probably going to want to make a few threatening monologues over the phone at some point – but you'll be fine as long as you keep the call under 30 seconds, right?

Correct! It turns out the police really do have a bit of weird analogue call-tracing tech that revolves around keeping bad guys on the line for an implausibly long time!

"It's actually much easier if we know their phone number beforehand so the communications company can monitor it live for us via the transmitters," says Sutton. "That being said, there is other equipment that we use, and I don't know how well known it is to the public.

"The magic box that tells you where a phone is just because you're driving close to it actually does exist. So the longer you can keep someone talking, the more chance you've got of being able to use various bits of equipment to locate them.

"If you're somewhere in Suffolk, the phone transmitters will probably only tell us which village you're in. If you're in central London there's so many transmitters around that we can probably narrow it down to a smaller area, but the problem then becomes the population density – and we could still have hundreds of people within our search area. But using the special equipment instead, and by keeping you on the line while we use it, we can be really very accurate indeed." 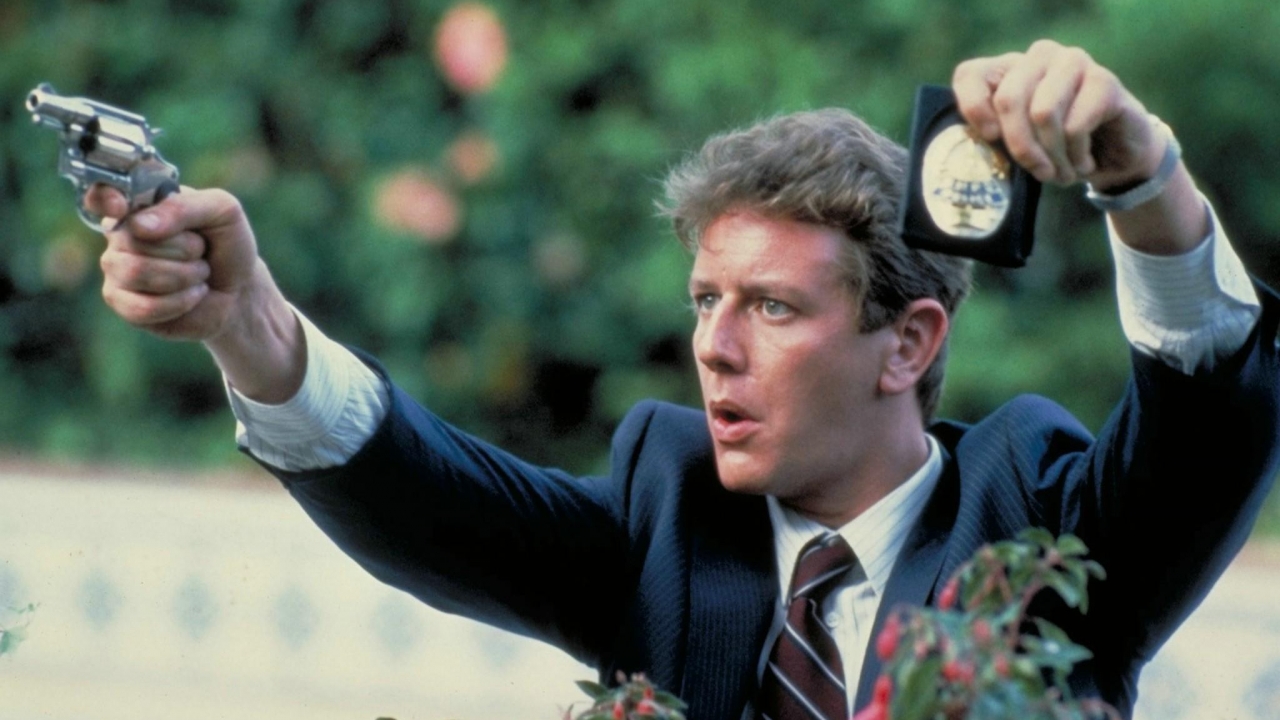 Surely this one's easy? Real police chases are handled by precision drivers – not by a local bobby who jumps on someone else's motorbike and speeds off down the high street.

"I've never done it, but it does happen," says Sutton. "It happened a lot back in the old days, especially when police officers used to patrol on foot. Black taxicabs in London were very good for that.

"There was always a bond between cab drivers and the police. They were the eyes and ears of the force. They'd often tell you things that had gone on. If there was a black cab driver nearby he'd often pull you aside and say, y'know, 'It was that bloke over there.' But the actual commandeering of public vehicles definitely does still happen on the streets." 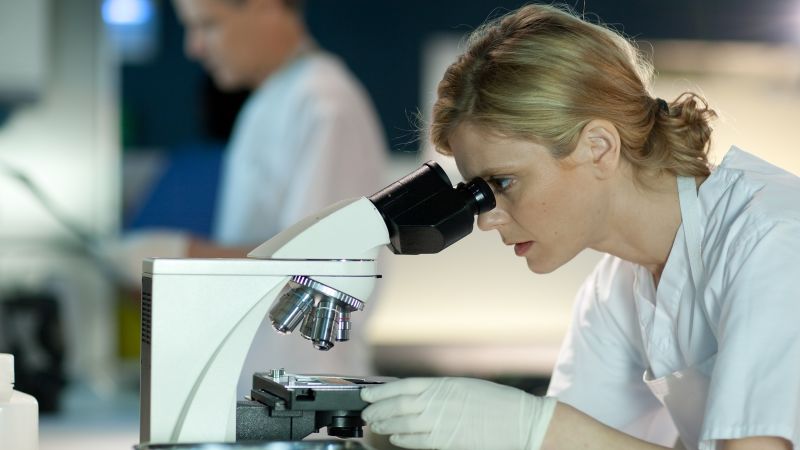 Pfft, TV shows eh? Just because it's boring to have the detectives talking about a case over a desk, they have to throw in a few scenes where everyone stands over a naked woman in the mortuary – which is usually where the case gets cracked. Gratuitous nudity aside, this is another cliché that's actually accurate.

"Oh God yeah," winces Sutton. "I've been to far more post-mortems than is healthy for one lifetime. The thing is, the way that science has evolved, post-mortems take forever. I've had them before that have gone over two full days – but certainly you're looking at a minimum of four to five hours.

"At that stage of a murder investigation, when you've got some of your other team around you, y'know, it's all fair game to discuss anything. It's a very weird and a very bleak mentality that you have to have. You're just at work, y'know?

"And I have to say, the conversations might not always be about work either. There's quite a lot of dark humour that goes on at post-mortems. It's a coping mechanism I think. If you kind of took a step back and looked at what was going on, it probably would get to you – but you keep going so it doesn't." 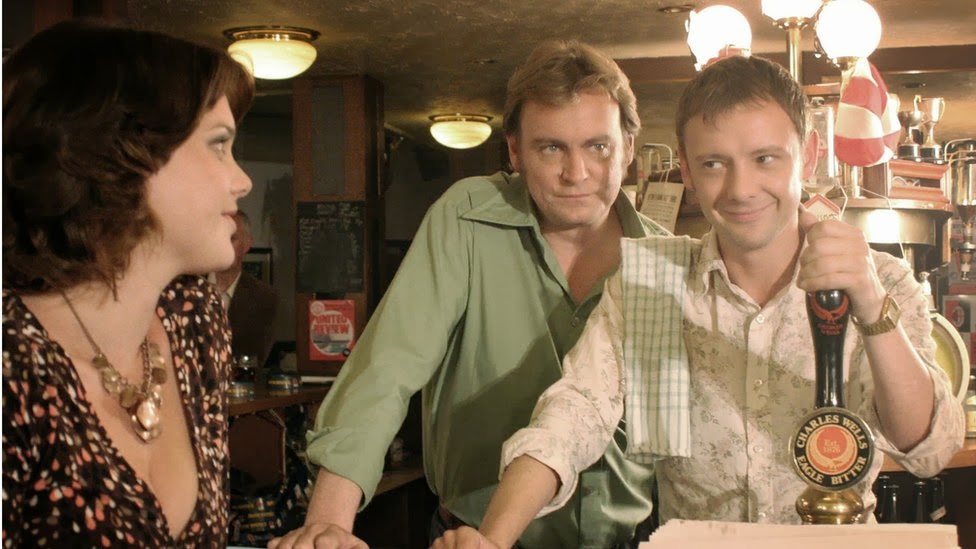 The only place better than the morgue is the pub – the one place where every detective goes after work to discuss the intimate details of their cases with each other (and have rowdy Irish wakes). No one cares about anyone overhearing anything sensitive because everyone in there is a cop – even the guy behind the bar.

"Yeah, definitely," laughs Sutton, now finding it hilarious. "A lot of stuff gets solved in the bar. It's not quite as relevant now because the licensing laws have changed, but quite often pubs would be happy for the local police to stay in long after they'd closed.

"There was one place back in the '80s that we used to go to, and the landlady would just give us a notepad and a piece of paper and she'd go upstairs – then we'd stay and write down everything that we drank."

Which obviously means all detectives are compulsive coffee drinkers during the day too?

A version of this article first appeared on DigitalSpy and you can view their article in its entirety by clicking here!